Differential Reinforcement of Alternative Behaviors: A Different Way to Play

Last time, we talked about Differential Reinforcement of Incompatible Behaviors (DRI). This was basically the idea that you should reinforce behavior that makes the problem behavior impossible.

DRA is useful for its ability to help replace problematic behaviors with more acceptable ones. Let’s take a look at some examples that can help.

Billy has a bad habit of shouting out the answers in class. First, we have to identify what Billy is getting out of shouting. If we figure out that Billy just wants the satisfaction of knowing he has the right answer, or if Billy just wants to be heard, then we can figure out an alternate behavior we can teach him. In this case, teaching Billy how to quietly raise his hand will help Billy achieve the goals he wants in a less disruptive way. 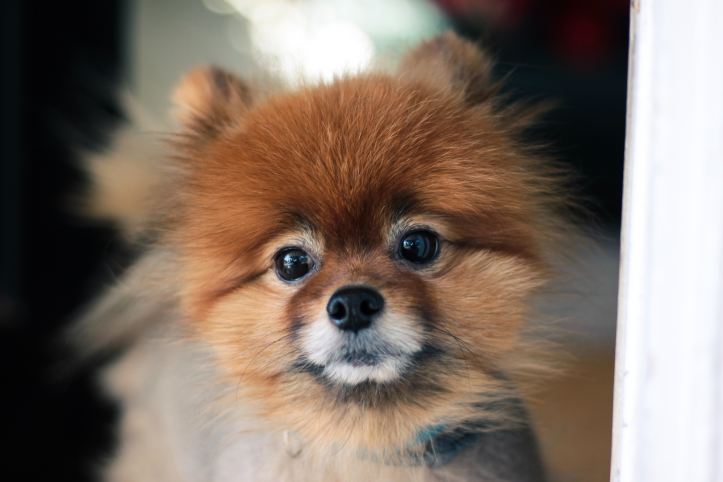 An example with dogs is if you notice your dog is barking at guests. Pomeranians are infamous for this.

Now that we’ve gone over a classic example, let’s get into a dog-specific example.

A friend of mine had a Pomeranian mix named Puff (short for Big Puff). Puff had the issue that whenever a person would come to the door, she would bark, and I mean crazy bark. Her owners did their best to try and ignore it, but the barking behavior persisted (it was self-reinforcing after all).

Like any good dog owners, once they realized it wasn’t working, they sat down and tried to figure out what the barking was about

After some testing, what they figured out was that Puff was alert barking – meaning she was simply trying to notify her owners that there was someone in their territory.

At its core, the best fix to this is to show your dog that you have the situation under control and it’s not a big deal. Training helps communicate this.

My friend decided to teach Puff how to do mat training. What this entails is that there is a mat (or kennel) where Puff could learn, relax, and get snacks. Whenever the mat came out, snacks or fun times were very close behind.

One of the first routines my friend taught Puff on the mat was how to just relax. He would sit, and wait until Puffs laid down and then gave her a treat. He would walk around and do something else, and if Puff moved or did anything, then my friend would come back tell Puff to relax, and they would try again. Eventually, this created a situation where Puff learned to associate the mat with relaxation and calm.

His next step was to provide a command for Puff to go to her mat. It started as a simple “Mat!” and then pointing at the mat. As a just-in-case, I was on hand to help shape the go-to-mat behavior in case she wasn’t getting it. Luckily, Puff’s desperate urge to consume all of the snacks in the house also made her a fast learner.

When we started applying this regimen to the door barking, Puff would start out by barking her little fluffy head off as usual. The first time my friend said “mat!” to her in this scenario, Puff’s barks turned into small little chortles. Her beady little black eyes darted from the door to my friend, to his hand pointing at the mat, to the mat, and then back at the door again. She did this cycle of eye darting with a periodic “hruf” about two or three times before she slowly backed herself onto her mat. Once there she gave another loud bark, which was okay.

As rehearsed, my friend gave her the “relax” command and she layed down and stopped barking. My friend then walked over and gave her a few pets for being so cooperative.

Why did this work? We’ve created and reinforced an alternate behavior to barking, which is going to the mat and relaxing. This isn’t DRI since Puff could (and sometimes does) bark from her mat. In an ideal world, the entirety of the barking behavior would be replaced with a greeting behavior where Puff would walk up to the guest, sniff them, and then immediately go to her mat to keep an eye on the newcomer. But for now, the alternate behavior of a few initial barks followed by going to her mat will have to do.

DRA is useful when you need to teach your subject an alternate way to get their goals.

Billy only wanted to be heard and know that his answer was correct. By ignoring his shouting and only reinforcing hand raising, we’re teaching him how to use hand raising in order to get his point across.

Puff just wanted to alert her owners that someone new is here. While that behavior can happen sometimes, we’re instead reinforcing her for going to her mat and calming down.

From my own experience, I can tell you that if you identify the goal your subject is trying to achieve and then plan a alternate behavior for it, then you’re going to be using DRA correctly.